You don't want to miss out on this...
Check It Out

The scroll saw vs band saw – which curve-cutting tool is best for your wood shop?

These stationary power tools are the best tools for the job when it comes to cutting curves, but they are made entirely different and they each have their pros and cons, and overall serve different purposes.

How The Blades Work

The scroll saw moves a blade up and down really fast. The teeth point down, so the cutting action takes place on the downward stroke.

If you’ve ever seen a sewing machine, it’s very similar to a scroll saw.

The blade is only 5 inches long and is secured to the scroll saw at the top and bottom arms, which oscillate together.

The band saw on the other hand, uses a long blade that is welded together in a loop.

It runs on 2 wheels in a continuous single-direction movement, always cutting downward through the wood.

Both tools have an upper section and a lower section, and these must be connected, which means there’s a clearance factor. This clearance (from blade to the supporting frame) is referred to as the ‘throat’ measurement.

For a scroll saw, the frame which supports the top is made in line with the blade at the very back, so the clearance limits you front to back.

You wouldn’t be able to cut straight through a very long board, before the board would run into the back of the scroll saw.

However, side to side, the scroll saw has no clearance limitations. You can cut various angles and curves across the width of a board that could be as long as it needs to be, so long as you have something in place to support longer work pieces at either end.

The band saw is basically the opposite, as it only has a side to side clearance limitation. The ‘throat’ for a band saw limits how much of the piece hangs to one side of the blade, but there is virtually no limitation front to back.

As long as you have proper outfeed support, you can run however long of a board you need through a band saw.

But cutting really wide boards, or cross cutting boards of much length, may be out of the question, and limited by the throat measurement.

For a band saw, the throat distance is a bit less than the diameter of the wheels, which is how the saw is classified. A 14″ band saw uses 14″ wheels and will have around a 13″ throat clearance.

With a scroll saw, the throat clearance distance is how the saw is classified, so a 20″ scroll saw has 20″ of clearance from the blade to the back arm of the frame.

So as clearances are concerned, it’s kind of a tie with each saw having different limitations. So in the end it all comes down to which clearance matters for each individual cut.

Generally speaking, a band saw cuts much faster than a scroll saw. Both saws feed rates can vary based on the aggressiveness of the blade type your using, and the thickness and density of the board you’re cutting.

But the scroll saw, even when using an aggressive blade, cuts slower than a fine-tooth band saw blade.

So when speed is a factor, the band saw takes the cake.

Both saws have various width blades, but they’re still in entirely different classes.

Band saws finer blades can cut a radius of down to ¼”, maybe a little tighter if you take it slow.

This is because the width of the blade still requires the wood to be moving while you rotate it.

A scroll saw is different, in that the blade is so fine and so thin, you can literally stop the work piece and rotate it in place, making it possible to literally cut sharp angles, not just curves.

This is because the kerf (thickness of the cut made by the blade) is as thick as the blade is wide.

So there is no limitation on the radius of cut. You can cut any size radius or angle you want on the scroll saw, it all comes down to when and which direction you apply pressure to move the board.

When you’re cutting thicker stock with a scroll saw, you have a chance of overheating the blade, which can cause it to dull prematurely, or possibly break.

You can get a ‘thick stock’ blade for a scroll saw that cuts pretty aggressively and it does a decent job at removing material quickly.

But even still, you’ll probably be using it for cutting stock up to 1-½” for soft wood, and ¾” for hardwoods.

Go beyond that, and you’ll be pushing it, and may end up breaking the blade.

Band saw blades made for cutting through thick stock can come as wide as 1”, but even a ½” or ¾” wide blade can handle very thick, dense boards.

The wider blades have larger curve radius minimums, but they remove a lot of material in a single pass of each tooth.

Basically with a band saw, thickness is not really a factor.

Whatever that measurement is for your saw, that’s how thick it can cut.

Fretwork is one of those things that not all projects require. In fact, most furniture projects call for zero fret work.

Because you can remove a scroll saw blade, insert it though a pre-drilled hole, and then reattach it to the saw before ever turning it on… This adds a whole new dynamic to decorative cuts within the boundaries of a piece of wood, without ever having to cut through the edge of the board.

This is common in scroll work. Here’s an example, it’s a wood-photo project I did years ago, back when I was really into scrolling:

So if fret work is your thing, you’re gonna definitely want a scroll saw.

Just like the scroll saw offering a special technique, the band saw also has something unique to offer.

Resawing and Veneer cutting. These types of cuts require a hefty band saw blade, as you’ll be cutting through the thickness of the board, from one edge to the other.

Cutting veneer pieces is resawing, just done in very thin layers so you can laminate the veneer onto a substrate like plywood or mdf.

On a side note, you can technically do some resawing on a table saw, but it’s not ideal and there’s a lot of waste. I also find this carries an elevated risk factor for a table saw operation, as there will be quite a bit more material than normal that the table saw blade will be in contact with, possibly increasing your chance for kick back. You don’t have to worry about that with the band saw.

And the scroll saw, well it’s just out of the question. It’s not designed to take on such a cut.

If everything else above doesn’t sell you one way or the other, and you could easily use either tool to get the job done, then the deciding factor may come down to the quality of the finished cut.

And there is a stark difference in the 2 saws. Here’s the band saw finish.

And here’s a piece of plywood cut with the scroll saw. As you can see from the shine, and the lack of blade marks, this is a silky smooth finish.

So yes, this is one of those areas a scroll saw performs really well.

If you use the right blade for the job, you should end up with a very clean, smooth finish. One that may require very little, or possibly zero sanding when complete.

A band saw cut just won’t have this same level of a quality finish without sanding.

So there you have it. There really is no clear winner in the Scroll Saw vs Band Saw argument.

Each saw presents pros and cons and can and should be used for different purposes.

My one suggestion is this – don’t skimp on quality for each just so you can afford both.

If you want to spend money on a good curve cutting tool, spend enough to get a high quality version of one or the other. The more you spend on either tool should provide for better overall quality, and a deeper throat, which is the biggest benefit in my experience to getting a more expensive variation.

I have a 20” scroll saw which I used for years as my primary curve-cutting tool. I did not get my 14” band saw until very recently. So I’m proof that you don’t have to have both.

Use the information on this page to decide which would benefit you the MOST, and go with that first.

Be sure to sign up below to get free woodworking plans and projects sent to your inbox, as well as updates from this website. 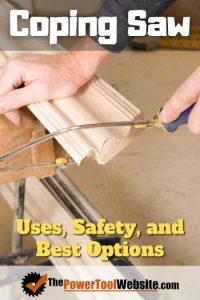 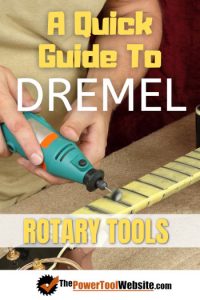 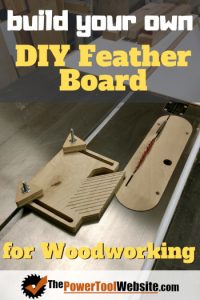 Build Your Own DIY Feather Board For Woodworking 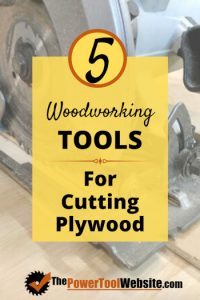 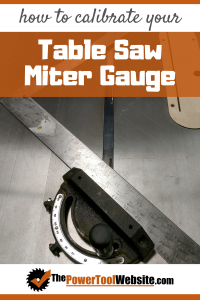 How To Calibrate Your Miter Gauge To Your Table Saw 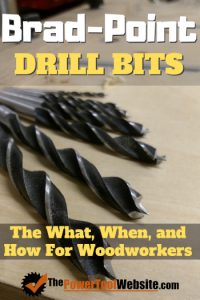 Brad Point Drill Bits – The What, When, and How For Woodworkers

This page may have affiliate links. For more information see my disclosure page.

About The Author
Adam has been woodworking for the last 10 years. He considers himself a 'Small Shop Woodworker' and practices his hobby in his garage. With the lack of time, space, and proper tools, he always finds ways to get great results without over-complicating or over-thinking the process. Various shop jigs, table saw sleds, and tricks of the trade have served him well. God has blessed him with a beautiful family, as well as a passion for teaching others about woodworking. You can read more about Adam here.